A hundred-year-old Buddhist drum is now on display at the Longshan Cultural and Creative Base! In collaboration with Longshan Temple, numerous relics from the religious institution is now being showcased at the creative base through April 30.

In addition to the displayed artifacts, the organizers are also offering a number of cultural and historical tour guides during this period. Assistant professor Shao ching-wang from Tainan National University of the Arts will also conduct cleaning and examination of the antique drum with high-tech equipment. The entire process is open to public spectators. 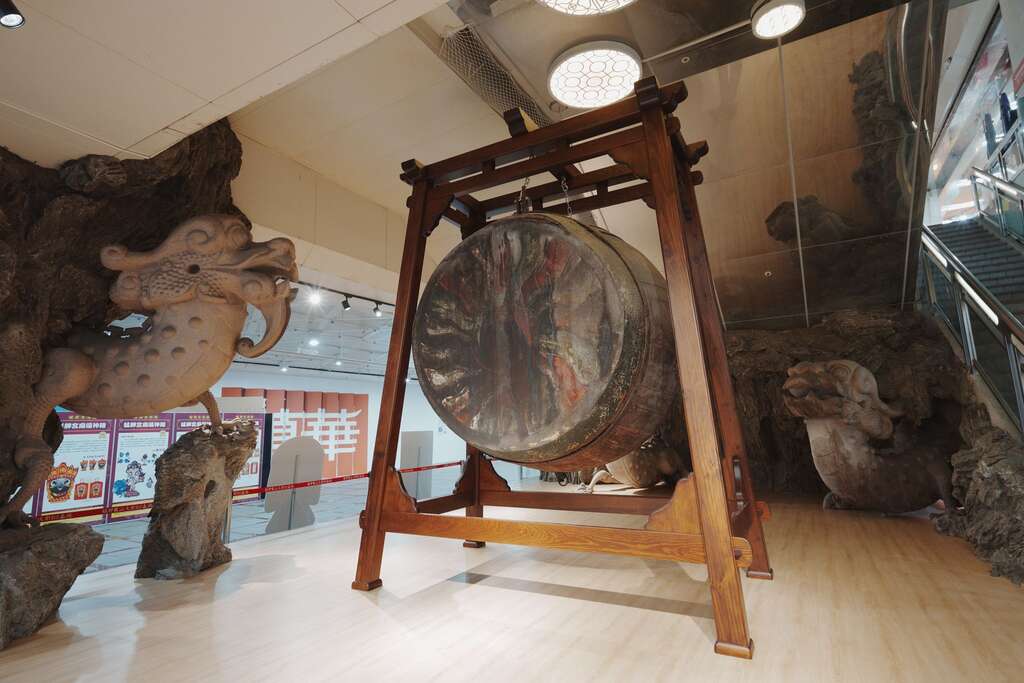 The Buddhist Drum is believed to date back to the third overhaul of the three-century-old temple during the Japanese Colonial Era. The instrument is used to signal daybreak for monks and people in the neighborhood. It is also employed on Chinese New Year’s Eve – the 108 drum beats help herald in the New Year.

During the press conference, Deputy Mayor Tsai Ping-kun remarked that Taipei City Government has been working on the concept of a wall-less museums in recent years. It has explored 8 potential sites with historical and cultural values in the process, including the Beitou hot spring area, Dadaocheng, North Taipei Corridor, Wanhua and Bangka, South Taipei NTU, Shilin and Performing Arts Center, Nangang and Pop Music Center, and Xinyi’s Songshan Tobacco Plant.

The neighborhoods of Wanhua and Bangka boast a rich history and diverse culture – especially religious culture. The Longshan Cultural and Creative Base is a hub which merges traditional culture to induce new creativities. Through the display of the century-old drum and organization of tours and seminars, the city government hopes to bring traditional culture and folk religion closer to the public. 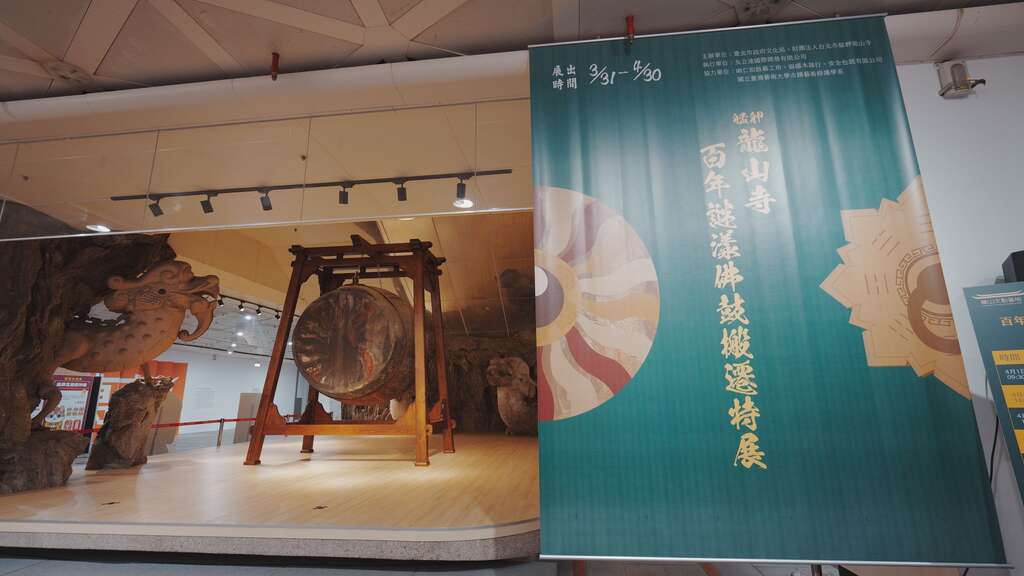 With the day of the press conference coinciding with the birthday of the Goddess Quanyin – the patron deity of Longshan Temple, the organizers invited the students from Laosong Elementary School’s drum team to perform at the event. A documentary of the Buddhist drum’s relocation was also played at the press event, offering the public a glimpse into the care and attention involved with artifact maintenance and restoration.