In the post-pandemic era, new forms of household entertainments have emerged. One of the formats is the live-streaming offering viewers pseudo-tourism experience, which has become popular among the public. 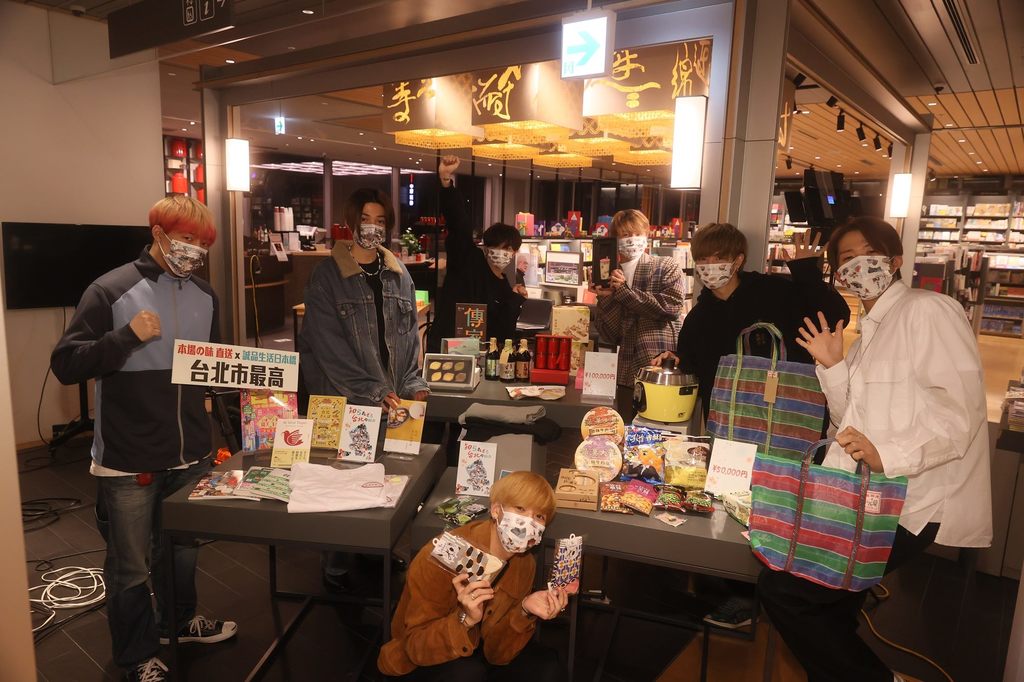 Following the success of the one-day store manager event spotlighting the members of FANTASTICS from EXILE TRIBE on October 24, the Department of Information and Tourism (TPEDOIT) once again teamed up with the popular Japanese boys’ group to host a live unboxing event featuring Taipei-related products to promote the city among the Japanese audience.

The show was streamed live from the Eslite Spectrum Nihonbashi with the FANTASTICS onsite and TPEDOIT Commissioner Liu Yi-ting in Taipei. The program involved introduction to the various products displayed at the Taipei-themed exhibition at the store, as well as freshly-made delicacies and treats in Taipei such as pepper cakes, soup dumplings, and soymilk with deep-fried dough sticks. The IG event attracted over 30,000 viewers, successfully promoting Taipei’s appeal as a tourist destination.

In addition to the one-day store manager and live unboxing events, the agency is collaborating with Eslite to organize three online-onsite seminars at the Nihonbashi store in November featuring popular local brands such as Kuo Yuan Ye, Wang De Chuan Tea Company, and Daylily.

The “Long Time No See – Thinking of Taipei” Exhibition will last through December 10 at the Eslite Spectrum Nihonbashi in Tokyo. Souvenirs and cultural creativity products falling under 10 Taipei-related themes are spotlighted at the showcase.