Ringing in 2022 on the Maokong Gondola

During Taipei’s New Year’s Eve Countdown Party, a group of lucky riders rode in the “Eyes of Fireworks” cabin on the Maokong Gondola and witnessed the pyrotechnic show at Taipei 101 from high above the city. The winners of the annual New Year’s Eve fireworks spectacle ride were randomly selected from over 5,000 visitors who left their message on the fan page of Taipei Metro, with the odds of winning around 0.4% this year. 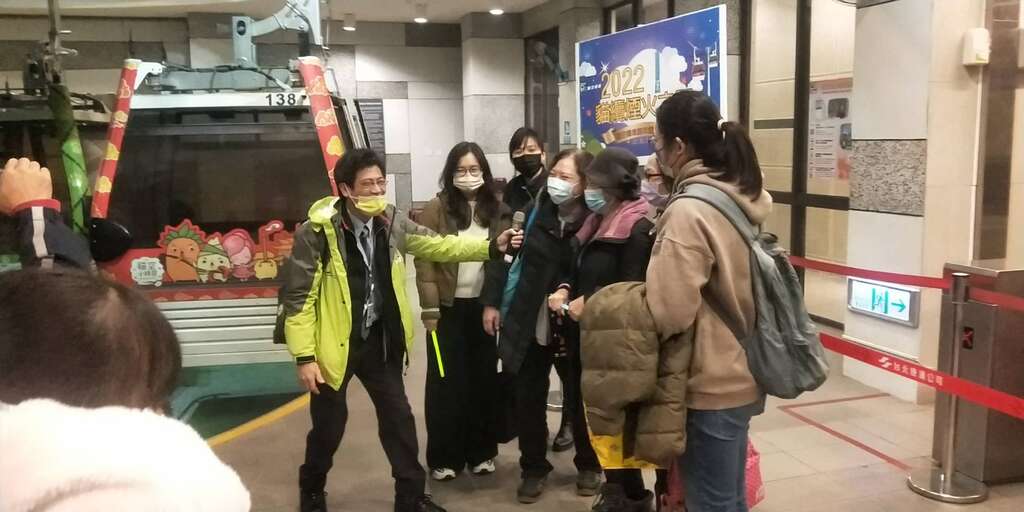 The “Eyes of Fireworks” cabin of the Maokong Gondola was introduced in 2020, attracting over 4,000 participants for the raffle. This year, as a service for passengers on the gondola when the fireworks started, the operators slowed down the speed of the cable cars to allow riders to watch the show.

According to one of the lucky riders, the fact that they were able to enjoy the fireworks with their friends and ring in the New Year on the gondola is a treat by itself. Despite the surrounding temperature averaging at 12 degrees Celsius and a light drizzle, the traces of the fireworks resemble polar lights when viewed from the cabins, making this New Year’s Eve rather unforgettable.

As a bonus, the passengers on the “Eye of Fireworks” received free Taipei Metro Choice coffees, glow sticks, and a “Eyes of Fireworks” ride certificate, allowing them to enjoy the time before, during, and after the fireworks.