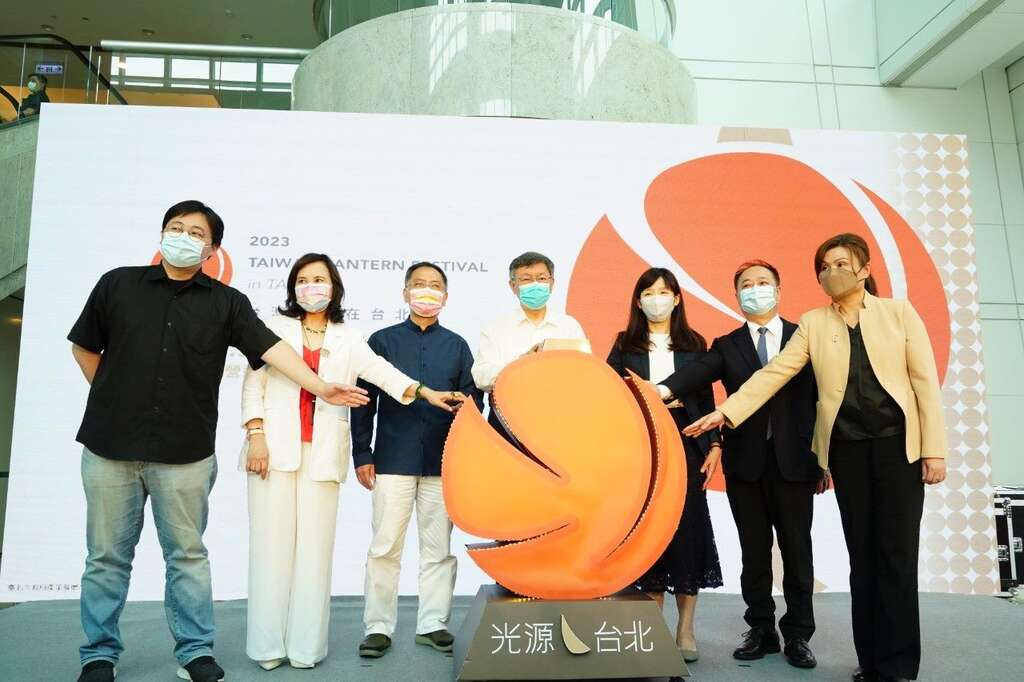 During his speech at the press conference announcing the return of Taiwan Lantern Festival to Taipei City, Mayor Ko Wen-je pointed out that the important thing about the upcoming event is that it will likely be the first major event after Taiwan reopens its borders to world and welcome the return of international tourists. To ensure the success of the lantern festival, he calls upon the central government, city government, and the private sector to work together.

Citing the 2017 Universiade in Taipei, Ko stressed that involvement of the private sector is necessary to ensure the success of the Taiwan Lantern Festival. Therefore, he sets three objectives set for the upcoming lantern festival, including internationalization, industrialization, and localization. Two major past events organized by Taipei City have been successful in achieving these objectives – the Taipei Lantern Festival and Nuit Blanche Taipei.

He pointed out Taipei Lantern Festival also has an added effect of stimulating the development and growth of Ximending. The city government has invested much effort along the shores of Tamsui River, successfully revitalizing the older neighborhoods of the city. Meanwhile, Nangang District has also benefited from the implementation of city government’s Taipei Eastern District Gateway Project.

Regarding the hosting of Taiwan Lantern Festival, the mayor joked that he successfully brought the event back to Taipei because none of the other municipal leaders showed much interest, since many will all be leaving office. However, the lantern festival is also an opportunity for him to lay out the strategical logic connecting East District to Xinyi Commercial District. The plan of the city government is to link East District, Sun Yat-sen Memorial Hall, Taipei Dome Complex, Songshan Cultural Park, Taipei 101, and 44 South Village through holding the 2023 Taiwan Lantern Festival, as well as combining online and physical activities to stimulate and change urban outlooks and industry structures.

As he concluded the speech, the mayor remarked that expecting it to be the first major event after reopening the borders, the city government will also incorporate traits attracting international tourists into the lantern festival’s design. He hopes that local companies can join hands and provide resources. By playing a role in the event, tourists will notice their presence which helps to boost brand portfolio through sponsorship.