On August 1, Mayor Ko Wen-je kicked off the 2020 Xikou Cultural Festival by attending the open-air cinema at Mingshen Park in Songshan District. 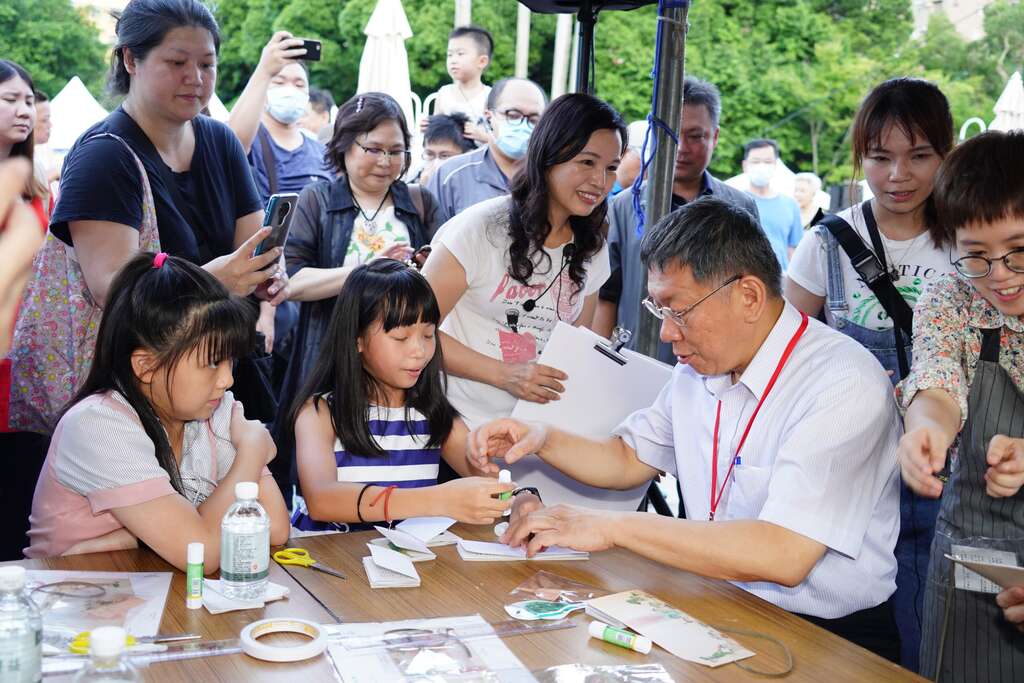 During his address, he pointed out that Xikou is the old name of Songshan District. As this year marks the hundredth anniversary of the name change, the organizers decided to name this year’s activities as the “Songshan Celebrates Centennial” series. He was at first bewildered about the presence of so many kids among the audience, but he found out that they’re here to watch the Lion King at the open-air theater.

Noting the unique nature of Mingshan Community in Taipei, he pointed out that the neighborhood boasts numerous parks and is an attractive place for many citizens due to the abundance of green spaces. The Taipei City Office of Commerce wanted to organize events to stimulate the local economy, that’s why today’s event is included as a part of Taipei’s Friendly Stores series. Noting the sizable crowd at the venue, he believes that today’s event should be a success.

Ko joked that he just realized that unlike the typical approach where parents bring their children somewhere, tonight’s event is the exact opposite – kids forcing their parents to come to the event. He praised the district office and director for paying attention to details during the planning stage, and wishes everyone would enjoy tonight’s show. He also announced that the next open-air theater will be showing Frozen 2 on August 15, welcoming everyone to show up for the movie. 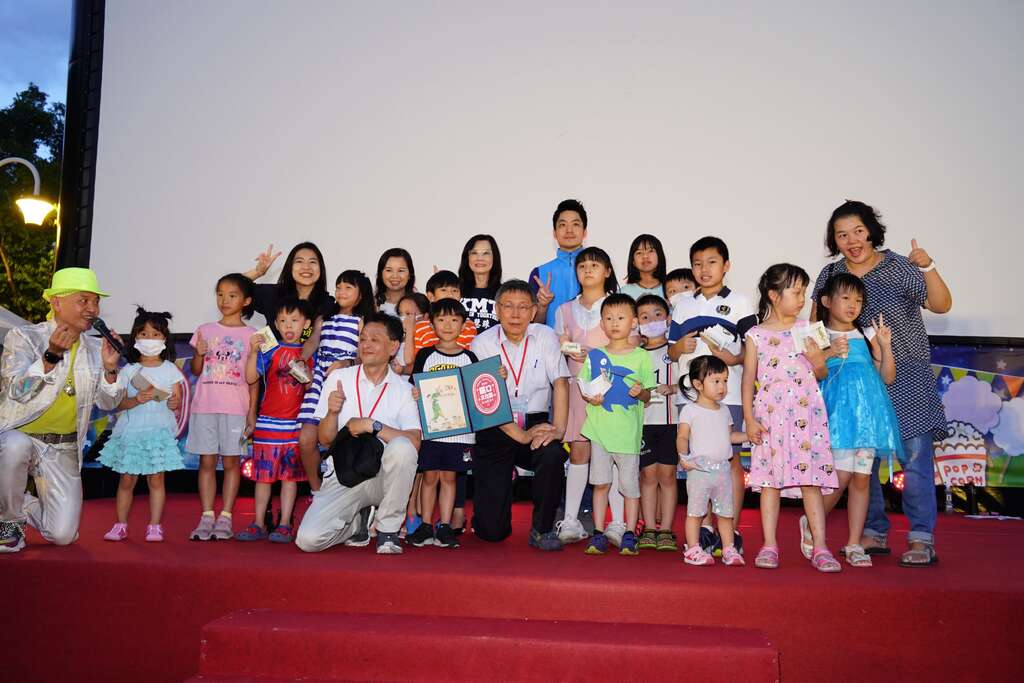 According to the Department of Civil Affairs, the Xikou Cultural Festival is an important event for Songshan District. This year, to celebrate the name change from Xikou to Songshan, the event’s subtitle highlights the centennial of Songshan. Tonight’s open-air cinema is both the opening event of the festival and an activity celebrating Father’s Day. There will be another outdoor movie on August 15.