TAM: Here’s Your Chance to Observe Mars Up-close in October

To allow the public to catch a clear glimpse of Mars as it reaches the point of opposition, Taipei Astronomical Museum (TAM) will organize a stargazing event by bringing professional telescopes to the west plaza outside Sun Yat-sen Memorial Hall at 7 PM on October 10.

Furthermore, the observatory at TAM will open to the public at 7 PM on October 13, offering enthusiasts a chance to enjoy Mars from a vantage point.

In recent days, astronomy enthusiasts have been busily tracking the rise of the red planet after sundown. Mars, named after the war god of ancient Rome, will enter its point of opposition once again – after roughly 780 days since its last approach. This position is the most ideal for stargazers hoping to catch a clear view of the planet. It is the point where Mars is the closest to earth and at its brightest. 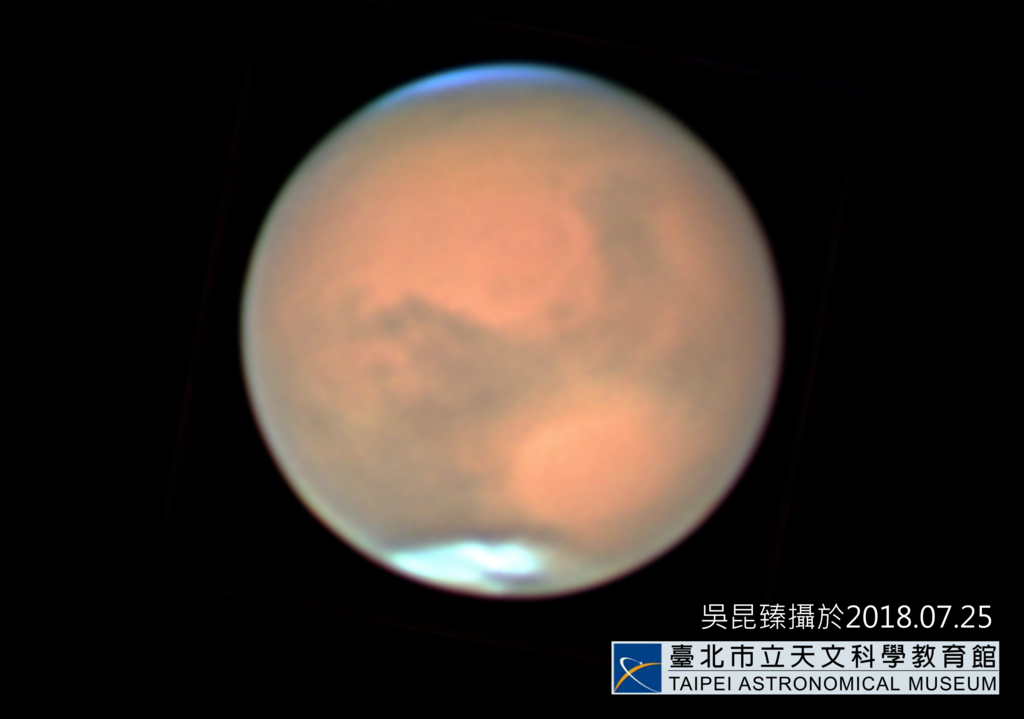 This year’s opposition will take place at 7:26 PM on October 14. During this moment, Mars will be as close as 62.6 million kilometers away from earth, with a brightness of -2.6, making it the brightest planet in the night sky.

The red-tainted planet will be easy to identify in the night sky. The special thing about this encounter is that the maximum disc size of the red planet will reach approximately 22.3 arcseconds. While this might not be as big as during the previous approach two years ago, it will still be 3 times more visible than usual. The next time for earthlings to catch such a great view may be 2035 or beyond.

Usually, Mars is a blurry orange spot among the stars. However, during a one-to-two-month period before and after the opposition, the planet will be close enough for observers to notice details such as surface dust storms, clouds, and ice caps.