Taipei City Government and the Mexican Trade Services, Documentation and Cultural Office joined hands to hold the Dia de Muertos Exhibition which kicked off on November 2. 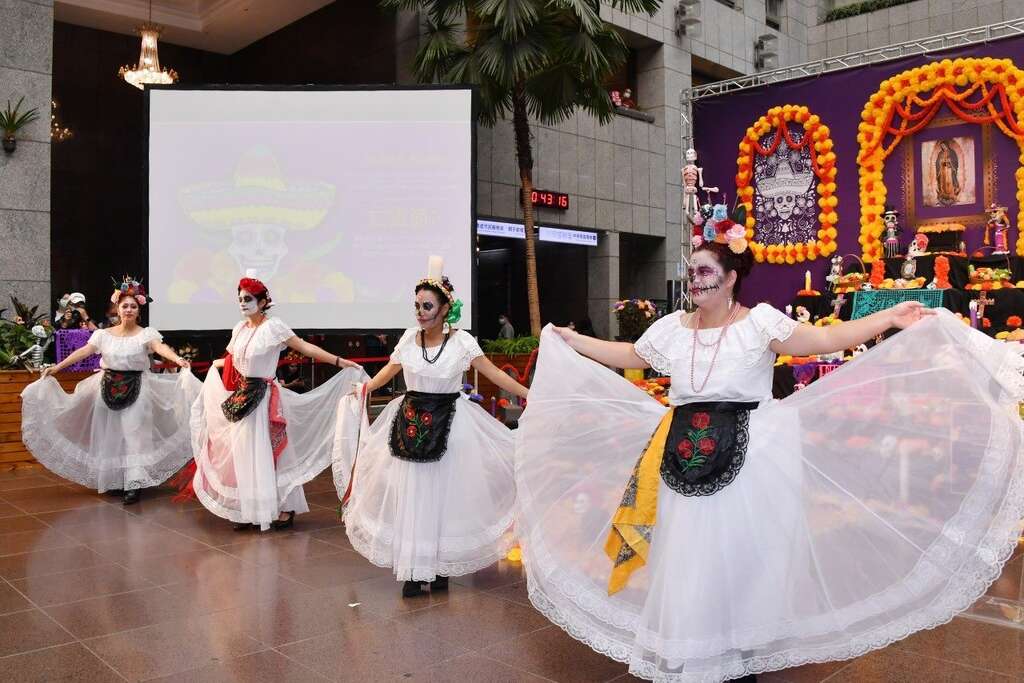 Mayor Ko Wen-je and the Head of the Mexican Trade Office Martin Torres presided over the opening ceremony. With numerous foreign delegates in attendance, the opening ceremony began with a procession. Representative Torres and Deputy Mayor Tsai Ping-kun joined participants in costume on a short trip from the International Trade Plaza to city hall, where they were received by the mayor.

During his address, Representative Torres expressed his gratitude to the mayor and Taipei City for realizing the exhibition at city hall, allowing more people to learn about the culture of Mexico and encouraging interactions. He presented the mayor with a bottle of Tequila, while Ko returned the favor with a doll of Bravo the Bear and a special Taipei Cocktail Set.

The mayor pointed out that he is honored to collaborate with the Mexican Trade Office in organizing the Dia de Muertos exhibition. He remarked that the festival shares many similarities with the local Tomb Sweeping Festival. While the Tomb Sweeping Festival is more serene and reserved in its rituals, the Mexican festival celebrates the memories of loved ones with vibrance and energy to shake-off the gloominess and sadness surrounding the issue of death. He believes that as an international city, the exhibition at city hall demonstrates Taipei’s diversity and its friendliness to culture from abroad.

Ko mentioned that Mexico has a rich history spanning over 3 millenniums, encompassing numerous cultures and civilization. It is also the home to many renowned World Heritage sites and a place to find great cuisines. While the pandemic limits traveling abroad, he hopes that the exhibition will provide citizens with an experience of Mexico by conveying elements of its culture.