A delegation comprising members from Taipei City Indigenous People Commission (IPC) led by Deputy Commissioner Li Ju-mei made a short visit to Hualien County on September 9 and 10. The delegation dropped by locations such as Jian, Guangfu, and Shoufeng townships to study the Amis people’s approach to traditional crop cultivation and vegetable culture, as well as promoting Taipei’s Garden City policy to the municipality government. 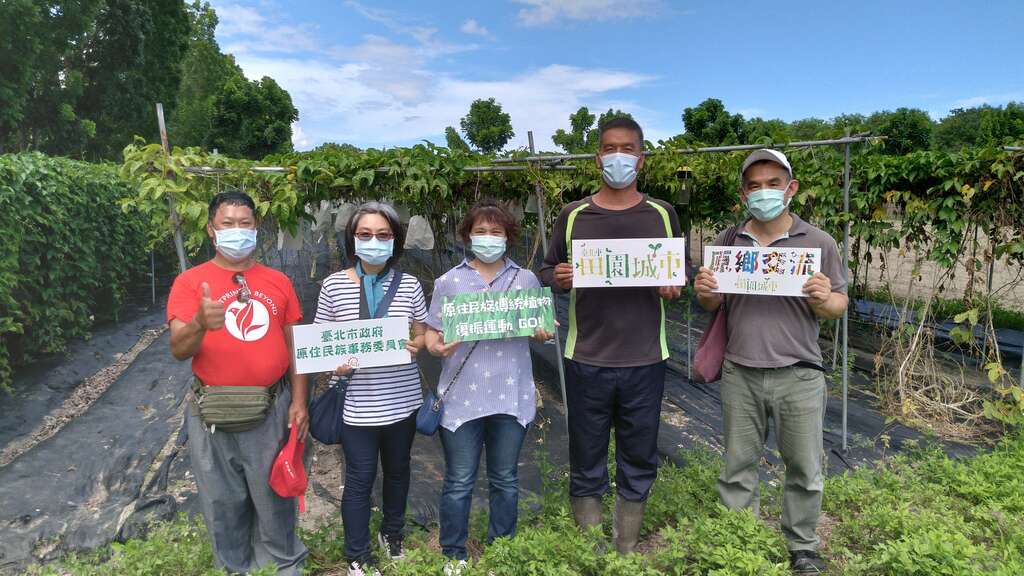 During their first stop at the Hualien County Indigenous People’s Slow Food School, the delegation met with principal Dongi Kacaw and explored a collection of seeds from plants such as mountain-grown bitter gourd, Jew’s mallow, green amaranth, and okra. The experiment garden behind the school also boast vegetables such as sorghum, pepper, ailanthus prickly ash, and shell ginger. The vegetables used by the Amis for food ingredients highlights diversity and expands the list of edible plants.

To better understand the implementation of Amis agriculture and farming, the delegation stopped by the Jian Township Open Air Market and Guangfu Township First Market. The Jian Township market has a designated “Indigenous People’s Produce Area” which sells traditional ingredients such as cane palm, baker’s garlic, and marinated raw pork. Unfortunately, due to the pandemic, over half of the stalls remain closed.

The final stop for the delegation is Mr. Farmer Bii’s Farm in Shoufeng Township. The group received a warm welcome from the owner, who shared his knowhow on cultivating gac fruit with the members. The members purchased an assortment of gac fruit seeds from the establishment. These seeds will be planted on the green rooftop garden at the Taipei Indigenous People’s Center.

Deputy Commissioner Li remarked that the delegation seeks to develop and strengthen connection between Taipei’s Garden City Initiative and the home of indigenous people through such visits. In addition to experience exchanges, the delegation also purchased and collected seeds and saplings of traditional indigenous crops for the rooftop garden at the Taipei Indigenous People’s Center.