Mayor Ko Wen-je received the city key of Belmopan from Belize Ambassador Candice Pitts during a presentation ceremony on April 7. 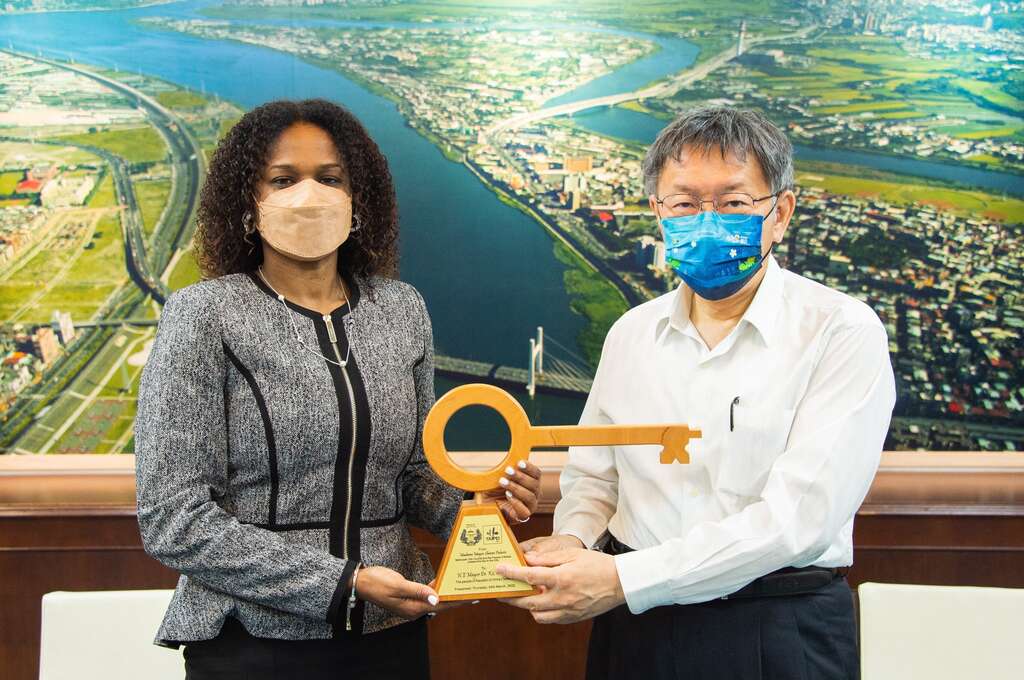 Taipei and Belmopan have established sister city relations since 2019. In March of 2022, the new mayor of Belmopan Sheron Palacio personally attended the Smart City Summit and Exhibition in Taipei. Unfortunately, due to the pandemic, the event was terminated ahead schedule, and the two mayors were unable to meet in person.

Due to the premature event cancellation, Mayor Palacio was unable to present the city key to Mayor Ko. She requested the ambassador to present the key in her place.

The two cities have conducted exchange in areas such as culture, trade, environmental protection, and tourism since the establishment of sister city relations. Taipei City has also donated a number of fire engines, ambulances, and garbage trucks to Belmopan, as well as provided SOPs on pandemic prevention measures to the sister city, sharing some of its best practices.

Taiwan and Belize have established diplomatic ties for over 30 years. Taipei City is the first city to enter sister city relations with Belmopan, which is also a significant milestone for the relations of the two nations. Belmopan is the fourth city to establish sister city with Taipei City under Mayor Ko’s administration.