Taipei’s Bangka Qingshan Temple is one of several Qingshan temples built in honor of Zhang Gun, the Three Kingdoms general serving the Duke Sun Quan. Due to his capable administration of Hui’an in Quanzhou, Fujian, Zhang was deified as "Qingshan Wang" or "Ling’an Zunwang." Since that time, Qingshan Wang has been worshipped as a god with the power to dispel disease and a divine authority of justice, rewarding virtue and punishing evil. He is revered along with the Eight Justice deities, including General Jia and General Suo.

The Bangka Qingshan Temple was built over a century ago. The temple is arranged in a three-courtyard layout, with buildings made of wood and stone. The temple has been well maintained over the years and continues to greet visitors with its abundant charms, including a beautiful octagonal plafond. The stone columns and buttresses are carved of stone from the old Yuanshan Shinto Shrine. The statue of Qingshan Wang is especially eye-catching—literally: the god’s eyes seem to follow you no matter where you stand! 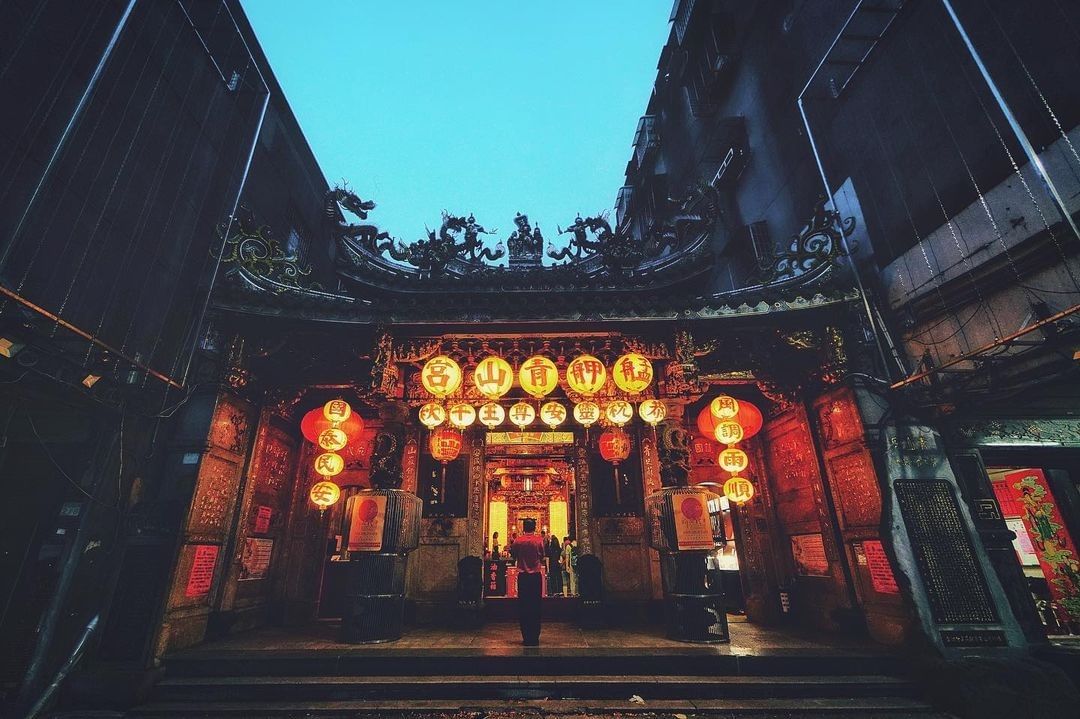 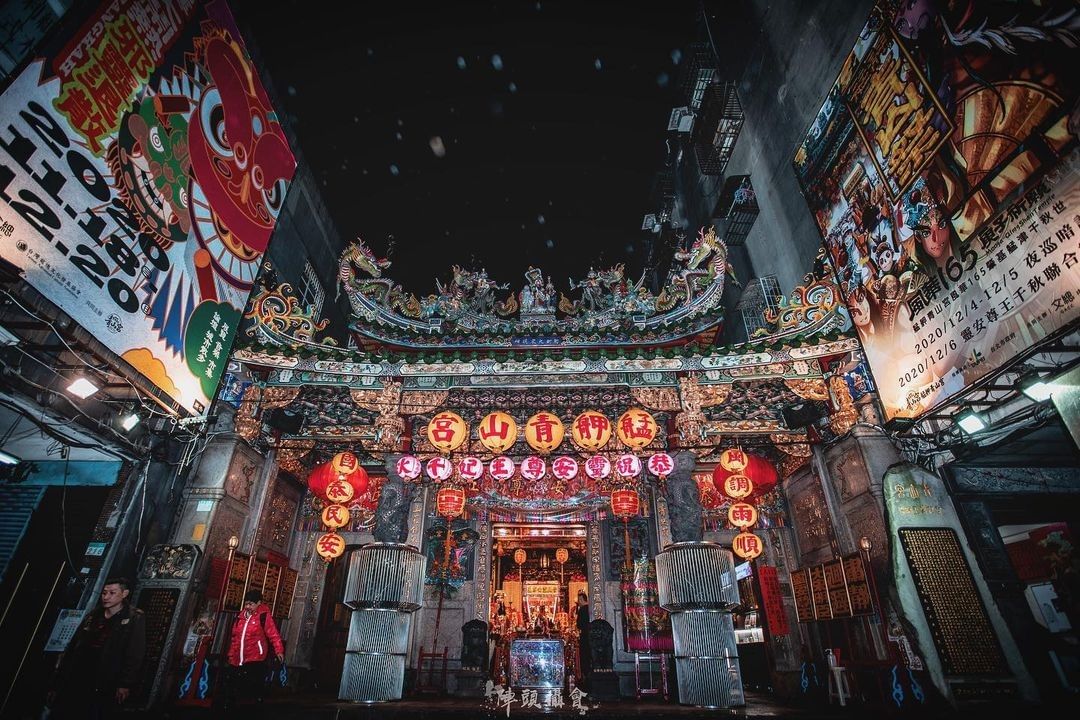 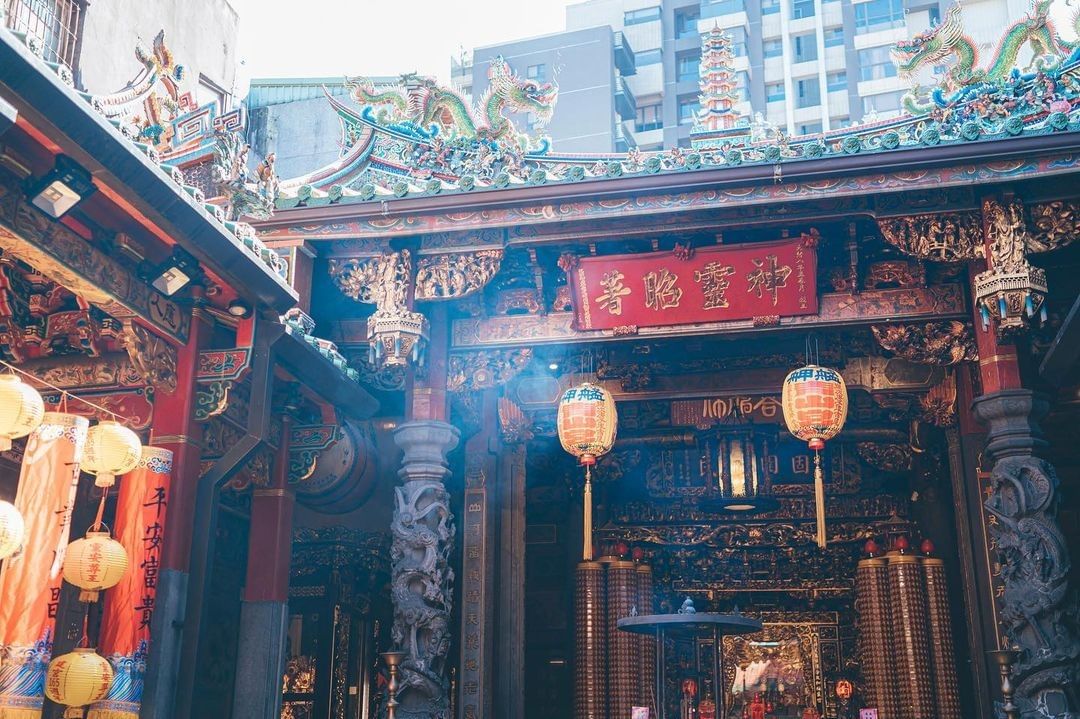