Over the past decade, Taipei has been elevated to the elite among the most livable and best destinations for travel among Asian cities in many international indexes. Its flourishing business activities, rich and easily accessible natural resources, deep well of cultural attractions, and warm, inviting locals attract people from around the world both to visit and to live. 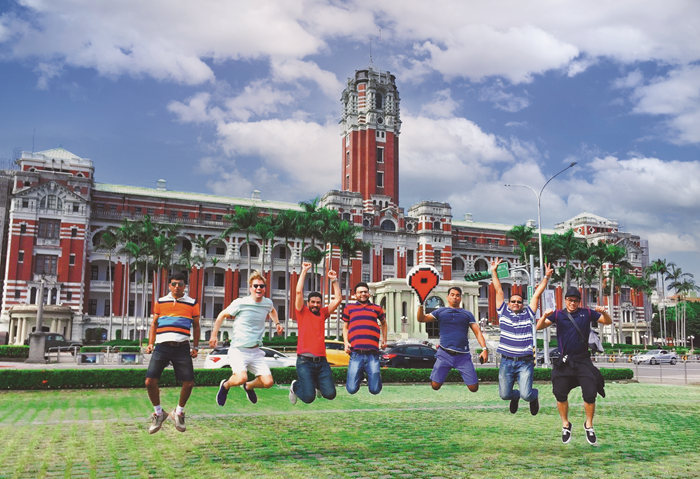 ▲Taipei welcomes people from all over the world, and continues to improve its multilingual services and facilities. (Photo/Taiwan Scene)

In this article we talk to Ambassador Tom. T.C. Chou (周台竹), one of the key figures in making Taipei an internationalized and foreigner-friendly city. On loan from Taiwan’s foreign diplomatic service, he is the Commissioner of the Mayor’s Office for External Affairs & the Department of Civil Servant Development (市長室涉外事務總監暨公訓處處長). 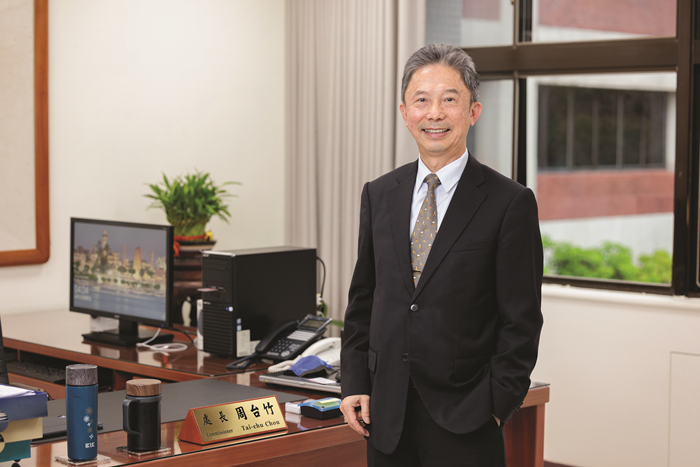 ▲Based on his previous diplomatic experiences, Chou leverages his profession to promulgate multilingual services in Taipei. (Photo/Yenyi Lin)

Chou shares that a central initiative in the city’s internationalization and multilingualism campaign is the City Diplomacy 4.0 initiative. “I launched this in October 2020,” he says. “This involves the city, relevant central government bodies, international groups such as foreign chambers of commerce,” he further explains. “The project focuses on important government policy ‘interest connections,’ which helps establish long-term relationships. This input helps us greatly with our international friendly city and multilingualism efforts,” Chou adds.

In terms of obstacles, he states, “Looking at our social capabilities, including infrastructures and education sources, no Taiwan city government is yet truly capable of pursuing full multilingual services. We are now in what you may call the initial ‘bilingual,’ i.e. Chinese/English, phase. This is the most popular, and easiest.” According to Chou, a bilingual education system has been initiated in Taipei to increase the city’s language capacities, with one-third of the curriculum taught in English. This year, 79 of 210 elementary/junior high schools are involved. The city is now seeking 100% participation by 2026. Long-term, he says, this will place Taipei at the forefront of bilingual cities in Asia.

Language Diversification in Taipei Tourism
Chou then turns to how different languages are being integrated into basic services. He points out, “Folks enjoy the benefits of our multilingualism efforts even before setting foot on the island — in their trip-planning stage back home. Our popular Taipei Travel Net, which is available in nine languages, provides extensive information on every relevant topic, from events to attractions, accommodations to dining, and much other practical information.” The city’s quarterly TAIPEI magazine, offering in-depth articles on travel/ culture in English and Japanese, is also available in print and online. By covering stories of Taipei’s unique events, places and lifestyle, the magazine serves as a window on the city for international readers.

A multitude of other helpful basic services in English and other languages have also been rolled out to make life in Taipei more comfortable and convenient for foreigners spending time here, short- or long-term. In terms of transportation, “Today there is much more English signage on the streets. And when using the Taipei Metro, inside the trains you hear stops announced in English, and there’s also helpful instructions in English inside stations, including signboard maps and such info as train arrival times posted on platforms. At bus stops, dynamic electronic signs give English info on bus route numbers and arrival times, and even weather info,” Chou says. 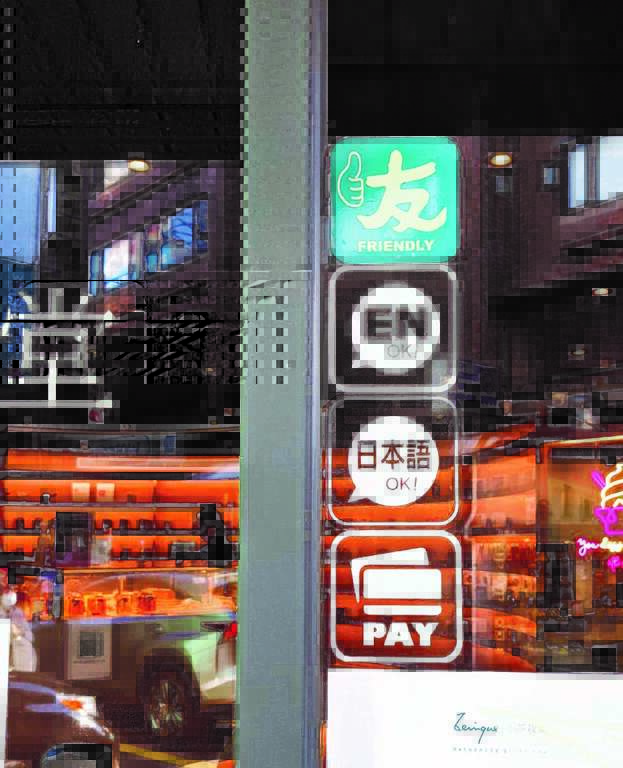 ▲Shops providing multilingual services post these stickers designed by the Taipei City Government, helping foreign visitors or residents to identify shops that they can easily communicate with. (Photo/Taipei City Office of Commerce)

As for major city tourist attractions, he states, the general rule is that if an attraction has a website, its information is provided in more foreign languages other than English. On-site, travel service such as signage and guides will currently be in English at least. However, at famous indoor sites that are of interest to people of specific countries, notably Japan and Korea, services in their languages will be available. For example, Beitou Hot Spring Museum (北投溫泉博物館) has a website and offers pamphlets and guided tours in Japanese. As well, various attractions such as POPOP Taipei (瓶蓋工廠台北製造所), the National Palace Museum and the Taipei Music Center (台北流行音樂中心) have guided tours in English. Chou tells us, “I’m very impressed with the convenient multi-language auto sensor-activated audio-guide system at the Taipei Music Center’s Cultural Cube (文化館),” says Chou. “The system will detect the location of visitors and provide information of the exhibits accordingly and automatically, which is more advanced than the audio-guide services I’ve experienced. This is something new for Taipei, and will also be rolled out elsewhere in the city.” 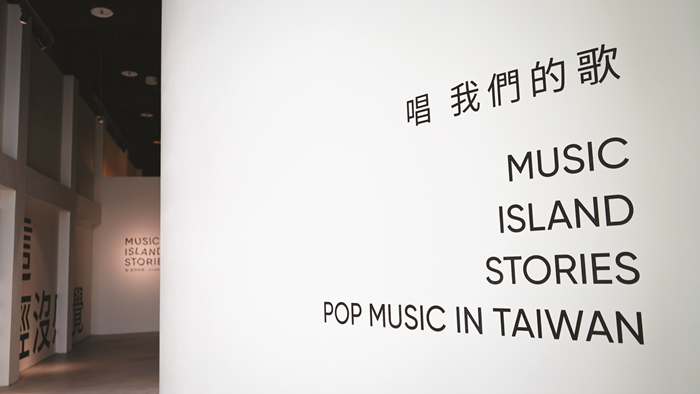 The Taipei event calendar is filled with a rich lineup of large-scale international events, from annual cultural festivals to sporting competitions to trade shows and much else of interest to travelers from overseas. Invariably, helpful information in English and other languages will be provided for these events, especially on their dedicated websites. For example, the Taipei Lantern Festival (台北燈節) attracts hundreds of thousands of visitors, and there is a wealth of English and Japanese information provided online and on-site at the different lantern-display areas. Many international groups such as country representative offices in Taiwan, Taipei’s sister cities, and international schools participate in the lantern displays, the festival’s huge parade, and more. By experiencing the event with multi-language services, foreigners can better understand the culture and meaning behind the lantern festival in Taiwan. 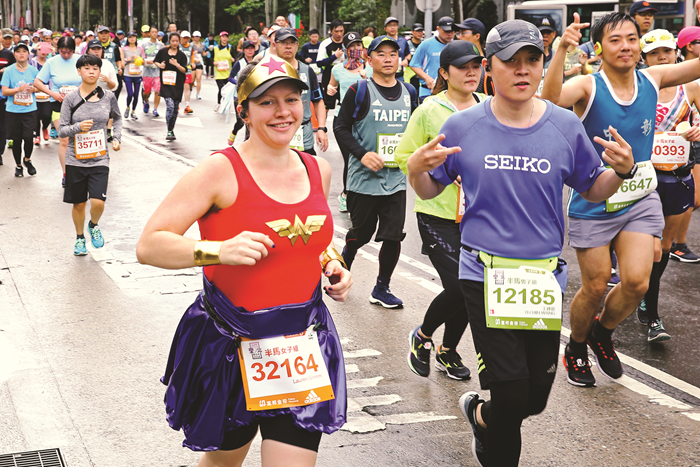 ▲Taipei Marathon, the city-organized international sports event, attracts runners from all over the world to participate annually. (Photo/Department of Information and Tourism, Taipei City Government)

Among the biggest of the city’s international events coming up in the summer months are the Taipei Arts Festival (台北藝術節) and the Taipei Fringe Festival (台北藝穗節) in August. “In these COVID times, selected events have been successfully transformed into hybrid offline/online celebrations. The Taipei Lantern Festival and Nuit Blanche Taipei (台北白晝之夜) are prime examples. In this way people from all walks of life can participate in forums and watch magnificent performances without the need to be physically present,” Chou states. 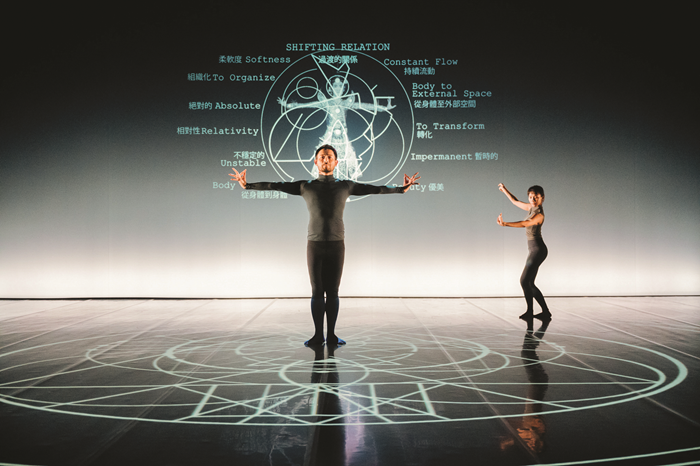 ▲Taipei continues to host international cultural events and work closely with artists from all over the world. (Photo/Taipei Performing Arts Center)

Looking to the Future
The city’s multilingualism targets are intimately interconnected with City Diplomacy 4.0 multiculturalism promotion, says Chou, with those aforementioned “interest connections” at the core. This is about not only mere self-promotion, but also love and support between countries. Chou says, “Most recently, Taipei/Taiwan offered support on the Ukraine crisis to the primarily European Pact of Free Cities, and we organized the Wall of Democracy event at Taipei City Hall, involving citizens from myriad countries, most importantly Ukraine.” This gesture fostered further bonds between Taipei and the international community.

Taipei also co-hosts cultural events with foreign representative offices and chambers of commerce to demonstrate its diversity. “Last year we had 18 such events, including the German Christmas Market, MassKara Festival and Loy Krathong Festival, and this will be a key area of expansion,” Chou highlights.

With infrastructure and city development strategies incorporating multilingualism and cultural diversity, Taipei moves one step further toward becoming a foreigner-friendly city, one that warmly welcomes people from all over the world.